Hey everyone! Welcome back to the blog angels.

Laura here, the social and comms manager at Swim Society. So, for those of you that follow our social channels, you know that this week is Earth week and in order to raise awareness we decided to go vegan for the week.

Now, disclaimer this was NOT in order to push or promote anyone to change their diet, however we know that adding some meat free days to your diet or making small lifestyle changes can have HUGE impacts on restoring our planet. So, with that in mind the whole team give it a go this week.

Personally, I probably eat meat 3-4 times a week, I live alone and bubble with my partner and he also is a pretty prevalent meat eater. Hence I did feel like this would be a tough one for me. Surprisingly though, it turned out to be quite the opposite. I have really enjoyed every meal I’ve had this week and honestly I feel less bloated and dare I say it, healthier. Now, granted it’s only been a week so that very well may change. I only had one social engagement during this week which means I only had one menu to navigate for vegan friendly options.

So here are the key things I’ve taken away from being vegan this week.

It’s a lot easier than you think…

I was surprised at how many things I already eat or buy that are already vegan. One of my favourite quick dishes is a stir fry, I found that everything from noodles to sauce was already vegan, so I only had to substitute the meat. Once you actually look for the vegan logo on your weekly shop, you’ll be surprised how many products already have it – you’re halfway there! I also discovered, to my elation that lots of crisp varieties are vegan, as well as things like rich tea biscuits and skittles. No change needed, no hefty price tag attached – just being more mindful of our snack choices. As I mentioned, I’m a prevalent meat eater but given the rise in popularity of vegetarianism and veganism, meat free substitutes have massively upped their game over the last few years. From flavour to texture, most of the replacements I tried were just as good as the meat they were imitating. From vegan mayonnaise to barista oat milk, I honestly felt the changes I made had minimal impact on my day to day life. I normally spend around £30 on a weekly shop (I live alone and bubble with my boyfriend around 3 days out of the week, for context.) This week I spent £29.60, including a top up shop in the week for some things I was craving (crisps being one of them.) Hence, I didn’t feel like the vegan choice was even a financial concern, as many people do hold this misconception. Of course, if you’re shopping at whole foods daily and opting for the premium brands- there is a clear price difference. I would say there, is a distinct lack of a “basics” brand, most supermarkets I visited had one own brand option which was usually the cheapest then, branded alternatives took president however, all in all I spent around the same and didn’t feel hard done by in the pocket.

Ok, this is a sweeping statement. However, for the most part the vegan dishes and products I tried were full of flavour and often replicated the meaty texture we often miss. I would definitely say I could commit to a 70-80% change towards a vegan or at least meat free diet. I do think the world is catering more towards alternative dietary requirements, however we definitely have a long way to go. No one wants to be the restaurant guests that swaps every ingredient just to cater to their diet. But right now it does feel that is often the only option. Unless you’re visiting a vegan catered restaurant (of which there are some amazing ones) you do feel a little left out.

Here are my favourite vegan substitutes;

These are SO tasty and much lower in calorie and saturated fat than your average pork sausage. I’m not a huge sausage fan in day to day life but I will definitely be adding these to my weekly shop from now on.

At the risk of sounding very millennial, oat milk is my go to. Dairy can often make me feel super bloated and lethargic but I LOVE a creamy coffee. This is definitely the best substitute if you’re a coffee drinker. My only downside would be, unless you have a coffee machine it can be a little watery in tea or coffee, I’d actually recommend the Alpro brand here but who wants to buy two different types of milk every week. I wouldn’t say it completely replicates cows milk for me in those senses but it’s very close! 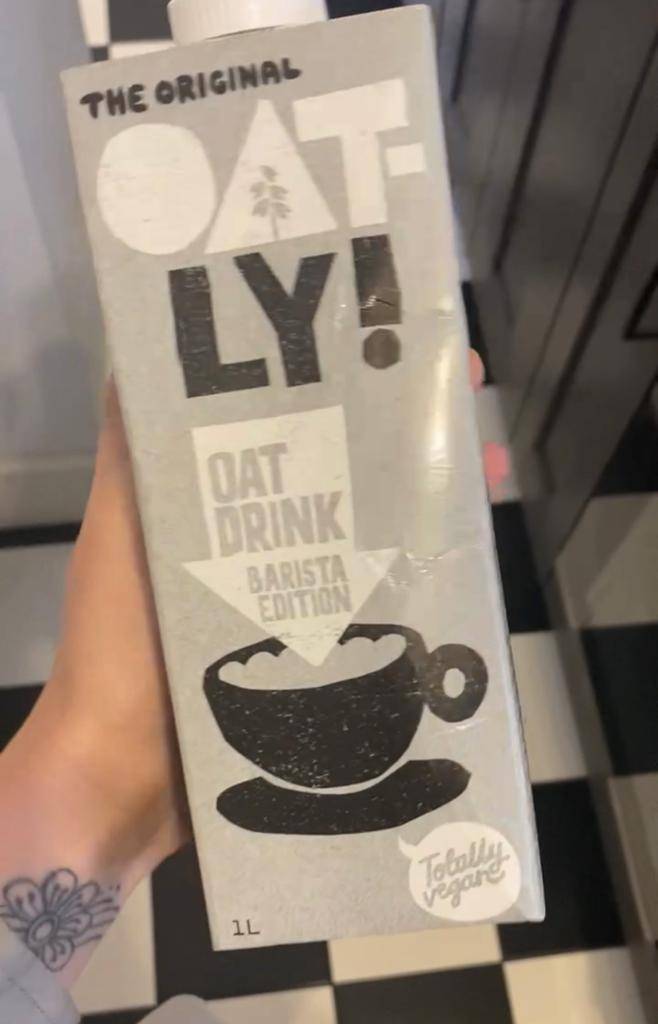 I’ve had these before and they are so good in stir fry’s, curries or pasta dishes. The texture I think is very similar to meat. It’s super filling and you don’t feel as though you’re missing out at all. Slightly on the more expensive side would be my only critique.

Oh. My. God. I’m obsessed with this stuff. I used this to make fakeaway style kebabs, with the shawarma in a wholemeal pitta, with loads of salad and vegan mayo. It is SO GOOD. The flavour is amazing, again really filling and I could eat it over and over! 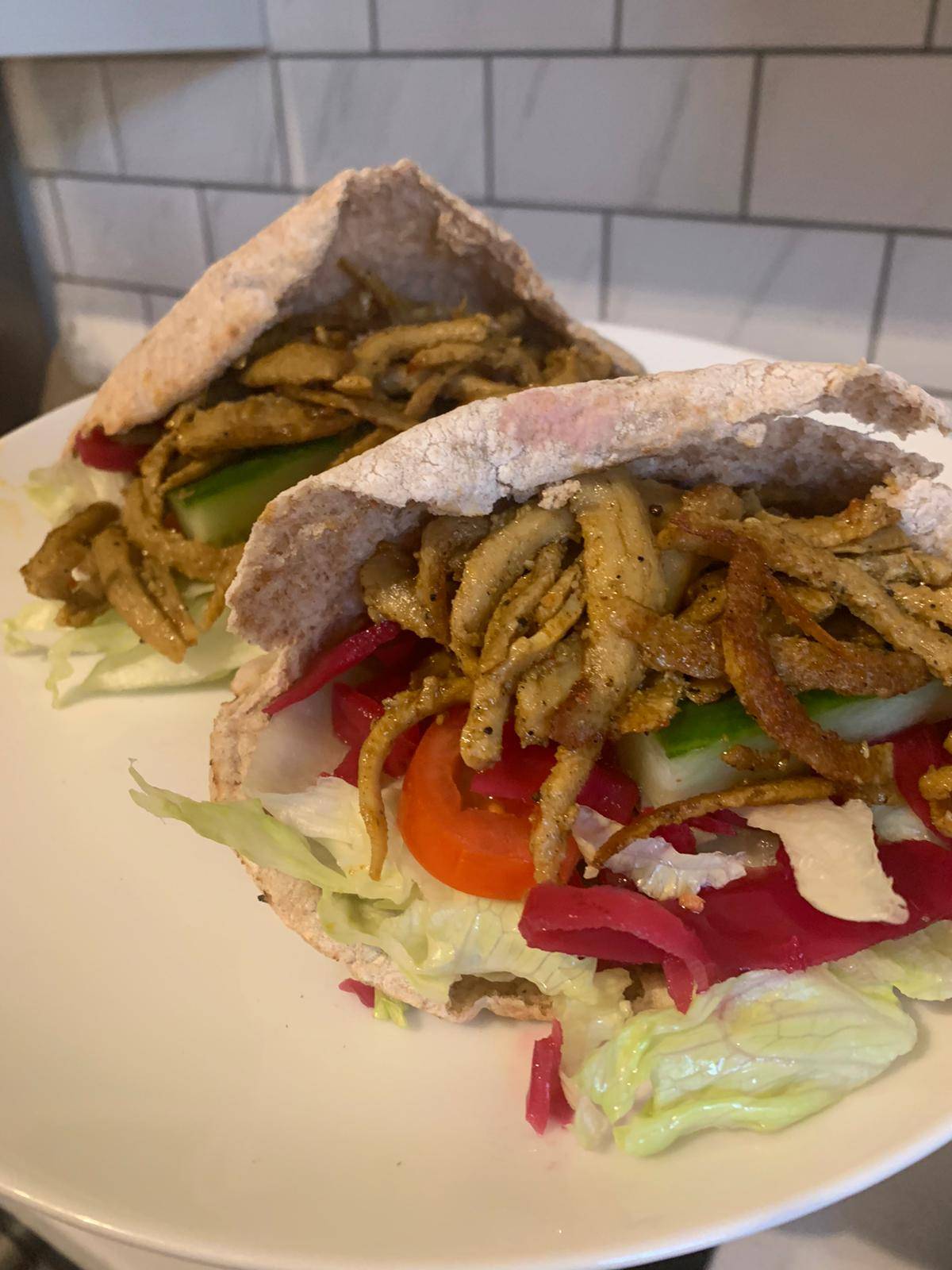 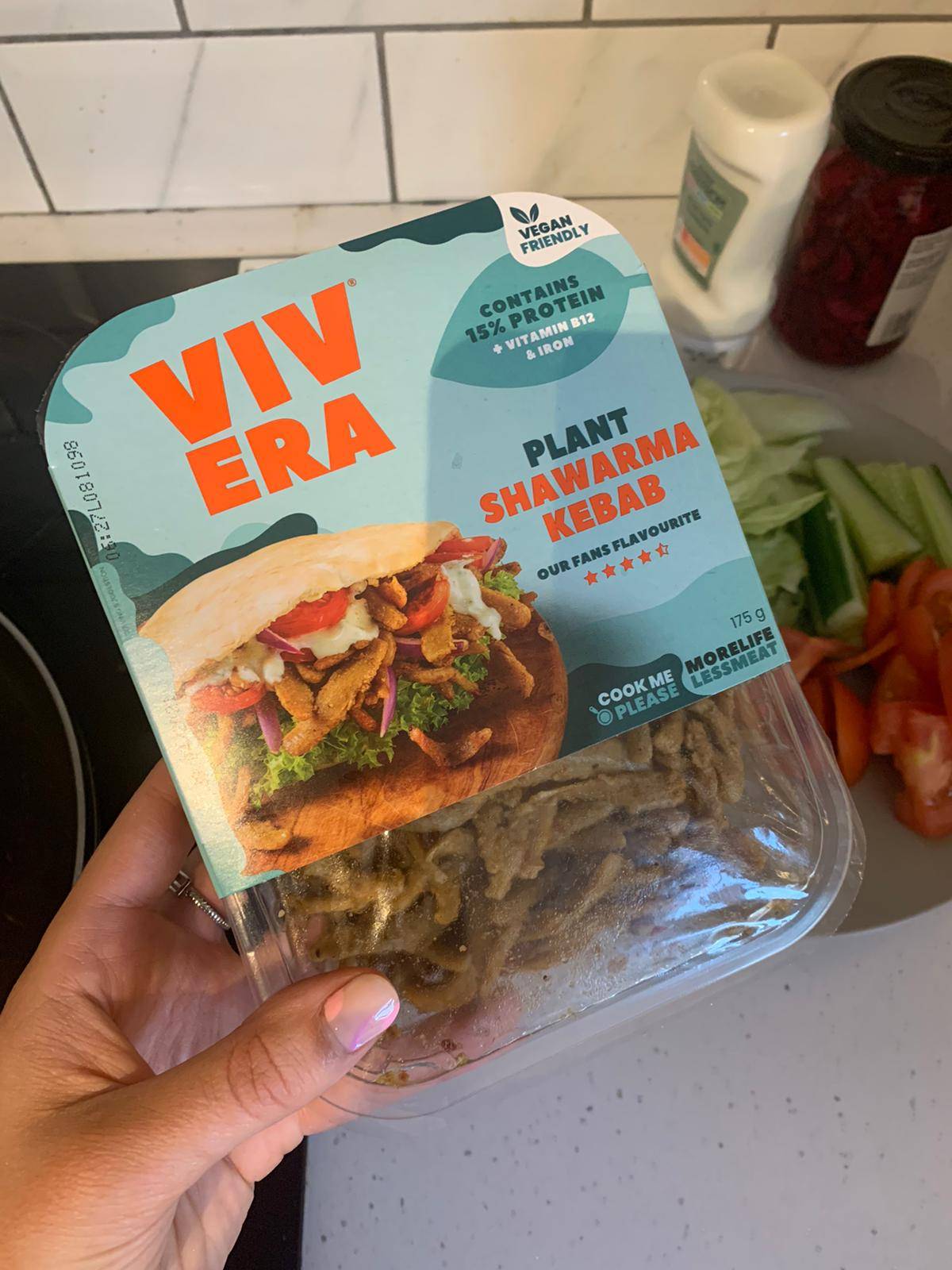 These are purely 10/10 for the fact I hadn’t realised these were vegan. When I thought of vegan snacks it had been either fruit, or expensive organic treats from health shops. I know realise that is not the case, I am a big snacker throughout the day so finding I could purchase standard snacks in the weekly shop was a win for me. Also a great indication that vegan diets don’t have to be a huge change, even just looking more closely at your labels could show you’re already doing it without even realising!

Shout out to everyone who has an iPhone list for everything. However, if you’re not this person I would recommend, at least in the beginning, to become one. I planned all my meals for the week, which is something I would normally do anyway so I can budget effectively, but this definitely helped avoiding any slip ups or temptation to fall off the wagon as it were.

I think planning out meals and a shopping list, also helps you to see exactly how much you’re getting for your money and hence how much you can do with your ingredients. I came across some great recipe accounts on Instagram that produced some seriously delicious looking vegan dishes, which I will definitely be attempting. In addition to that, I was sent so many amazing recommendations, I felt spoilt for choice which was definitely something I wasn’t expecting!

All in all, I really enjoyed the change in the week. Off the back of the experience I will be making a conscious effort to make vegan swaps where I feel they don’t have drastic impact, on flavour, taste or price. In addition, there is a clear opportunity for me to reduce my meat consumption even by 30%. Now, this is all a personal choice and I wouldn’t say I won’t be eating meat from now on however, if everyone took the decision to have just ONE meat free day in the week, we could take radical strides to helping reduce our harmful effect on the planet. So if you’re reading this and wondering whether you could do it, you’ll absolutely surprise yourself and by the same token, even if you’re only going to try my unreal shawarma pittas for one meal of the week – that one change could make a HUGE difference to the life of our planet.

You have successfully subscribed!

Please login and you will add product to your wishlist